Jordan Peele’s Get Out is probably the biggest surprise hit of 2017. Who knew that the man behind this hilarious nonsense was secretly a master of suspense and allegorical horror? Get Out was not only a super effective thriller/horror film, but also one of the most socially relevant films ever made, with its cutting and cleverly subversive deconstruction of race relations and “post-racism” racial tension. And, most significantly (in my incredibly biased opinion), it helped to further the legitimacy of genre films as a whole when it garnered near-universal acclaim and snagged Peele the Oscar for Best Original Screenplay. To say that Get Out was an important film is a massive understatement. 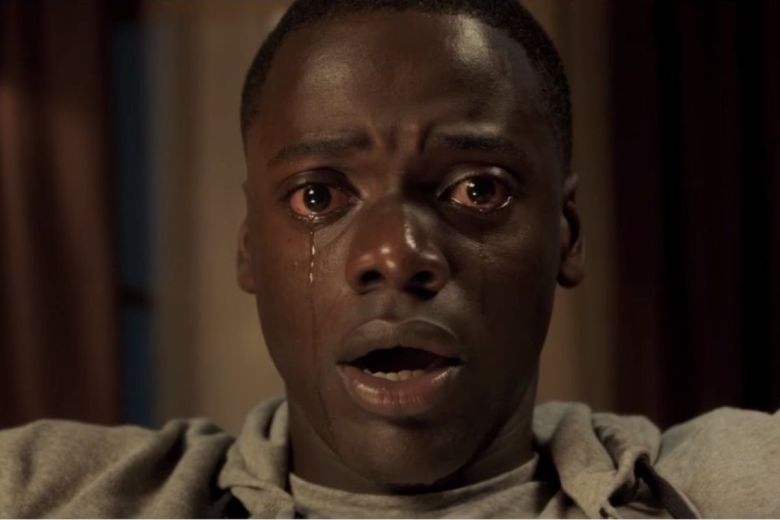 So naturally, when Peele announced his first follow-up to Get Out, simply revealing the title as Us, expectations were high, to say the least. So many directors, after a groundbreaking or amazing debut film, fail to achieve that same high ever again in their careers (looking at you, Neill Blomkamp). Would Peele produce another hit, or would he hit his sophomore slump end reveal himself as just a one-trick pony? Well, unless you’ve been living under a rock the past week or so, you know by now that no, Peele certainly is no one-hit wonder. Us has, thankfully, been released to overwhelmingly positive reception. But just how good is it, exactly?

Note: Peele’s films are, first and foremost, meant to be social and political allegories, and Us is no exception. However, due to the nature of Us’s thematic elements being so closely tied to specific plot details, I’ve opted to simply discuss the overall quality of the film here. A piece with a more detailed look into the underlying themes of the film, as well as specific plot discussions, will follow later.

On the surface, Us seems to be a relatively simple film. The plot centers on a family, vacationing for the summer in a lakeside cottage, who find themselves at odds with a psychotic menagerie of assailants who appear to be exact duplicates of themselves. It all seems, at first, very Invasion of the Body Snatchers, and it feels like the story can only go in one very obvious direction: The duplicates want to kill the family so that they can replace them. But that kind of derivative storytelling is beneath Peele, who masterfully steers the story far off course from beaten path, instead taking the viewer on a bizarre, deranged, fever-dream of a story that, if anything, proves exactly why he’s prime choice to lead the newest incarnation of The Twilight Zone. To say anything specifically about the film’s plot would do it a great disservice, as this is the kind of film where spoiling it in advance would absolutely kill the momentum of the film. I’ll simply say that it’s a hell of a ride, and makes Get Out seem incredibly tame by comparison.

Like Get Out, Us is, at its core, a character piece. And Peele is apparently a god when it comes to choosing his leads, because, much like Daniel Kaaluuya before her, Lupita Nyong’o is absolutely brilliant. I feel like we should all knows this about her by now, considering her impressive filmography, but it bears repeating. She certainly runs a gauntlet of emotional ranges in this film, from comical to terrified to terrifying, and she does each with an almost intimidating ease. She, like nearly everyone else in the film, pulls double duty, playing both her character, Adelaide, as well as her villainous counterpart. The dual performance is done so convincingly that you forget at times that it’s the same actor. Both the directing choices on Peel’s part as well as Nyong’o’s impeccable ability to both instill sympathy and genuine fear in the audience makes this one of the most entertaining roles in recent years.

Likewise, the rest of the family is equally gifted. Child actors tend to be incredibly hit-or-miss, but both featured in Us are thankfully on the better side of things. Like Nyong’o, they both play their characters as well as their villainous doubles, and do so seamlessly. Granted, they have a lot less to work with than others in the film, particularly Shahadi Wright Joseph, whose double really only grins and runs, but still. An admirable performance nonetheless. Evan Alex, who plays the family’s youngest member, is insanely unsettling as his double, a feral pyromaniac who scurries around on all fours and makes constant, unnerving gurgling and growling sounds. My favorite role, however, has to go to Winston Duke. Like Lupita Nyong’o, Duke is fresh out of the MCU with Black Panther and Infinity War. The different between the two is that his transition from that universe to this one is absolutely hilarious. In Black Panther, he plays M’Baku, an immensely aggressive and physically imposing character. In Us, he’s the polar opposite: A dorky, suburban dad, complete with glasses and corny jokes that make his children groan with disgust. In fact, Duke might be the least intimidating character in the whole film, which just goes to show his range as a performer.

What I really like about Peele’s writing and character direction in Us is that the characters all have a sense of agency. Too many times in horror movies will you have characters who are simply victims, who do nothing but scream and run and hide until they are eventually killed. Sure, you have one or two major characters who make decisions and fight back, but that’s about it. In Us, the whole family takes an active role in their own survival. They’re all fighters, never having to rely on a single member to protect them, and they all have moments where they shine as badasses. It’s incredibly refreshing to see a child in a horror movie pick up a golf club and charge headfirst into battle with a war cry, rather than hide under a bed and cry for their parents. It also helps to strengthen the film’s effectiveness as a thriller, as a more active protagonist makes for much more suspense.

On that note, suspense is where Us really shines. While it certainly had its moments, Get Out never really hit a point where it became genuinely nerve-wracking. You felt for Chris, sure, but all the film’s terror was directed at the character, rather than the audience. Us takes a slightly different approach, and makes sure to leave room to mess with the audience as well. There’s some cheap tactics, sure, with the occasional jumpscare. But most of it has to do with the masterful pacing and dramatic tension that Peele injects into every scene. This, coupled with the wonderfully dark and twisted plot, and a few major, head-scratching revelations, make it an entertainingly uncomfortable experience for everyone.

Now, as with Peele’s previous work, Us‘s real strength lies in its thematic content. I took a class in college on white supremacy in film, and the syllabus opened with Get Out. I’m not exaggerating in the slightest when I say that we spent weeks analyzing all of the symbolism, subtext, allegory, and metaphor hidden in the film. That’s the genius of Jordan Peele: He doesn’t spoon-feed his audience everything. Someone who sees Get Out for the first time and someone who’s re-watched it several times will have entirely different takes on the film. It’s that insanely dense and cleverly written. And Us is no exception. I made a mental note to try and keep track of as many symbolic objects, phrases, and motifs as I could when the film began, and I honestly got overwhelmed about thirty minutes in. If Get Out was a deep film, Us is downright subterranean. Get Out wore its themes on its sleeve, so to speak. Even someone just watching for entertainment alone could pick up the racial undertones in the film. Us requires a bit more analysis, and a much sharper eye. I’m going to have to see it several more times, I suspect, to really grasp just what Peele is attempting to say in this new piece. 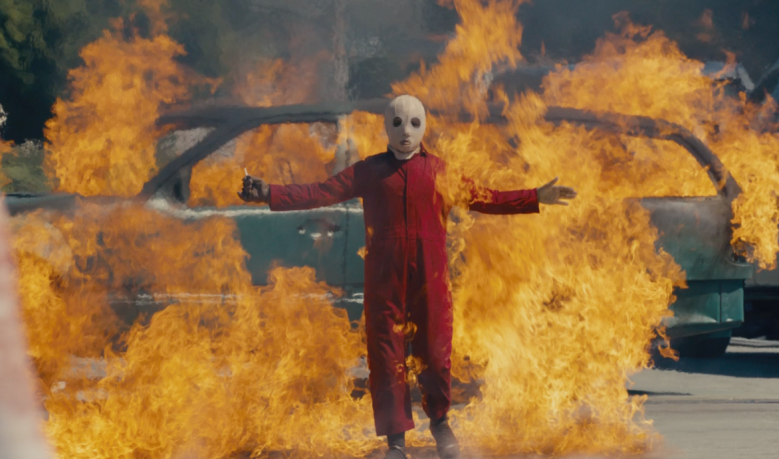 I’ve seen a lot of debate over whether or not Us is on par with Get Out in terms of sheer quality, and rightly so. It’s a difficult call to make, as they’re both so uniquely different from one another. But if I had to make a snap judgement call, I’d say Get Out still is Peele’s undisputed masterpiece. Us isn’t a worse film, by any means. But I think it’s a little less focused than its predecessor, which can be blamed, in my opinion, on its larger scale. Get Out was a very personal film, with very minor stakes, in which the main theme of the film reflected fairly clearly in the plot. The plot itself was also relatively simple, and the plans of the film’s villains, while fantastical, didn’t require too much of a logical stretch.

Us, however, is a bit too ambitious for its own good. It has a much grander, much more far-reaching scope than Peele’s previous film, with a drastically more involved science fiction narrative. It makes for a more imaginative plot, but at the cost of being slightly more convoluted than I would’ve liked. It suffers from the same weakness as last year’s A Quiet Place, in that the more you think about it, the more the premise and the narrative falls apart. There’s too much that’s unexplained, too much that’s hand-waived and brushed-aside, and too much that simply seems to be overlooked. All of this combined, again, makes the overall message of the film much more difficult to decipher on a first viewing, which I suspect is going to divide audiences much more that Get Out ever did.

Another minor gripe I has with the film has to do with its tone. Jordan Peele is, first and foremost, a comedian. So, as with Get Out, there’s some pretty hilarious moments in Us. The problem is in their timing. Humor is a great way to relieve tension, or to lull the audience into a false sense of security. The film utilizes comedy in these ways, yes, but also occasionally tries to crack jokes at particularly intense moments where it just seems inappropriate. There’s a few moments that stand out where the tension of the scene is completely broken by an off-color joke made by one of the characters, and the pacing comes to a screeching halt. They’re few and far in between, but they’re there nonetheless.

But with that being said, Us is still an incredibly well-made thriller, with a plot that will grip you tightly, keep you engaged, and keep you guessing until the very end. If you loved Get Out as much as I did, then you’ll love this, too. An insane thrill-ride, to be sure, one that will stick around in your head far after it’s over. It’s funny, scary, and, at times, touching, and makes me very excited to see what else Jordan Peele has up his sleeve in the future. His Twilight Zone premieres in April, and if it’s anything like we’ve seen so far, we’re in for an absolute treat.