The original Happy Death Day was probably the biggest surprise of 2017 in terms of how good the movie ended up being versus how uninteresting the trailer made it seem. What could’ve been a slasher-movie rip-off of Groundhog Day actually turned out to be a fun, cleverly-written, occasionally hilarious little flick with a lot of genuine charm. The plot was fresh, the gimmick was interesting, and it had enough surprises to keep itself from ever getting stale. And the film’s lead, played by the enormously charismatic Jessica Rothe, completely stole the show whenever she was onscreen. Her character, a bitchy sorority cliché, suddenly found herself reliving the same day over and over again, getting killed each time by a mysterious figure. She had to discover the killer’s identity and, in Groundhog Day fashion, improve her flawed personality by an endless series of trial and error. All in all, Happy Death Day was a fresh, super enjoyable, if not somewhat sanitized, take on the slasher genre.

I’m happy to report that Happy Death Day 2U (which is a frankly amazing title) is just as fun as its predecessor. I admit I was initially extremely skeptical when a sequel was announced. While I enjoyed the first film immensely, it didn’t exactly lend itself to a sequel, as the plot didn’t really leave much room for expansion. The only thread left untouched was why the protagonist was caught in the time-loop to begin with, but the film gives the impression that, again like Groundhog Day, it was some sort of cosmic force teaching her a lesson. But luckily, 2U seems completely aware of that, and skirts this issue in a particularly ingenious way.

Happy Death Day was, for all intents and purposes, a slasher film. The time loop element was the main gimmick, sure, but at its core, it was about a girl attempting to escape from and stop a knife-wielding, masked lunatic. Happy Death Day 2U, however, in an attempt to reinvigorate its plot, decides to switch genres entirely, becoming a bona fide science fiction film. Where the first film was based around Groundhog Day, 2U instead wraps itself in one giant homage to Back to the Future. Instead of stopping her killer, Rothe’s character this go around is tasked with discovering what caused the time loop in the first place, and how to stop it. Along the way, she finds herself in a slightly altered parallel universe, and must decide whether to stay or get back home and close the loop for good.

Just like in the first film, Jessica Rothe once again is the biggest draw for 2U. She’s an absolute delight, managing to be just as entertaining and engaging in both comedic and in more serious moments. However, she doesn’t shoulder the film alone this time. Joining her are several other college students, who created the machine that’s causing the distortions in time that have been plaguing her for the duration of two films now. These new cast members are largely there for comedic relief, but they’re endearing enough that they never feel like they’ve over-stayed their welcome. They’re nerds, and pretty stereotypical nerds at that, but they mesh well with Rothe’s sorority-girl-turned-good persona.

Whereas, again, the first film was, at its core, a fairly straightforward slasher film, with some moments of comedy, its successor has more or less fully embraced its comedic side. And while occasionally, when franchises attempt a tone shift like this, the results can be unsatisfying, it largely works here. Rothe’s character has already mastered the scenario from the first film, and thus the character and, by extension, the audience, would feel no real tension if the same suspense elements were used again. Instead, the film decided to fully lean into the absurdity of the premise, taking a very tongue-in-cheek, sarcastic approach to the more fantastical components of its plot. No longer afraid of what’s happening to her, Rothe’s character is now more annoyed than anything, and reacts with humorous frustration. The nerd sidekicks are used extremely effectively, occasionally segueing into Animal House/Revenge of the Nerds-style antics against an effeminate Dean. There’s far more visual gags this go around, and way more snappy, Joss Whedon-esque dialogue that really mesh well with more light-hearted, sci-fi tone. It’s a movie that knows how ridiculous it is, and is perfectly fine with relishing in its own insanity. 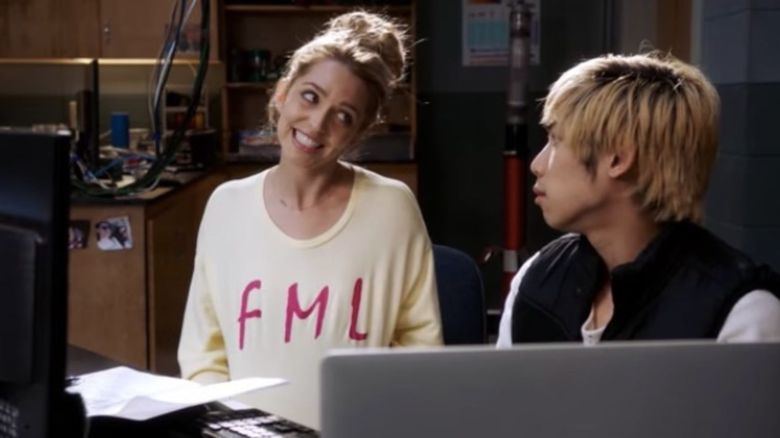 Perhaps the most surprising thing about 2U is that’s genuinely moving at times. The first film had some touching moments between Rothe’s character and her father, bonding over their grief stemming from her mother’s death, but they’re fleeting, and always overshadowed by the main plot. I expected as much of this film as well, especially given the much more comedic tone. But when it needs to, 2U really doesn’t pull any punches. When Rothe finds herself stranded in a parallel timeline where her mother is still alive, the film takes its time showing her both working through the shock and joy of reuniting as well as the sadness and loss with once again having to say goodbye. These moments are much more powerful than one would expect from such a frenetic, wacky movie, and so they hit with a certain amount of surprise. But they ultimately help make Rothe’s character extremely sympathetic, and make the consequences of the plot seem much more significant as a result. It’s a welcome improvement over the first film’s more tonally-consistent approach.

If there’s one thing that the first film has over its sequel, though, it’s that it knew when to end. For the most part, Happy Death Day 2U is engaging and actually fairly complex, while still being entertaining and fast-paced enough that it’s runtime never feels overly long. Yet despite only being four minutes longer than its predecessor, 2U eventually finds itself over-encumbered by a final act that seems tacked on. It comes to a place where it could have ended satisfyingly, yet continues still into another segment of the plot which at that point feels superfluous. It’s ultimately not a bad act, but the film could have easily ended fifteen minutes earlier and been just fine. 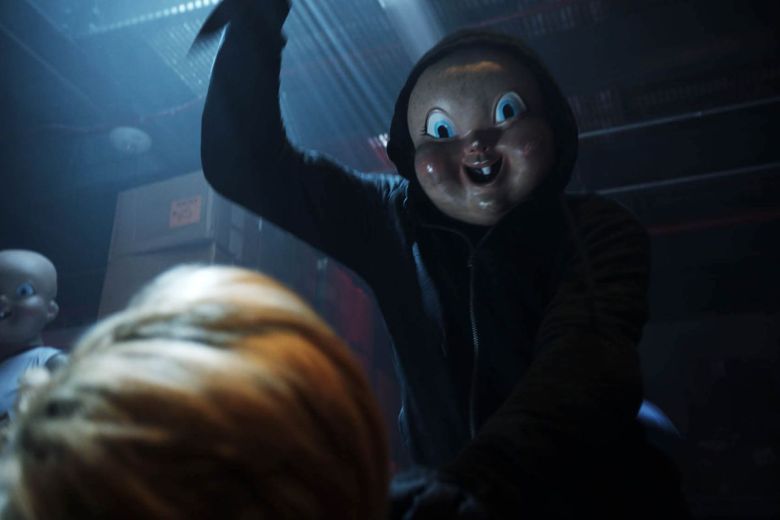 There’s also, as is often the case with time travel movies, quite a few plot holes and narrative threads that get completely abandoned part of the way through, and there’s a fair amount of underdeveloped ideas. Then again, the first film deliberately left certain things open-ended, so I feel this may have been intentional. Regardless, the presence of these issues is still apparent enough to occasionally feel distracting. But all in all, they’re relatively minor issues when compared to just how fun the film is as a whole. Happy Death Day 2U is a solidly entertaining, if slightly over-ambitious little movie, one that I sincerely hope makes enough money to warrant a final film which is the franchise is clearly gearing up for. So go see it, if anything because I’m selfish and want to see more Jessica Rothe.